Disciple — What is it? (The answer might surprise you) 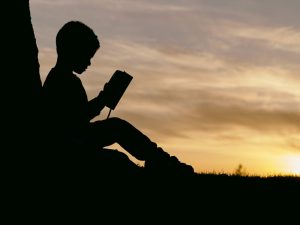 It’s not wise to cop a ‘know it all’ spirit because, when people do this, they cease to be learners. This is not good because the Greek word translated as ‘disciple’ means ‘learner.’ As such, anyone who’s a disciple of Christ must also be a learner of Christ, who is “the way, the truth and the life.”  Even those who are apostles, prophets, evangelists, pastors and teachers in the church are still disciples of Christ so they must still be learners, not only learners of the living Word but also the written Word — both are sources of truth (see John 14:6 & 17:17). Being a disciple of Christ — a learner of God — is a foundational calling that believers will always have, regardless of how far they go in the Lord and how great they are (or become) in the church.

There’s a saying: The more you know, the more you know you don’t know. The meaning is obvious: The more you acquire knowledge the more you realize the many things that you don’t know and the innumerable things that remain mysterious and wondrous. This has to do with humility because it takes humility to admit you don’t know something. But religionists infected by legalism become proud of their ‘great learning’ and consequently become stuffy, know-it-all windbags. Even if someone comes along who shows that they know more on a particular topic or has more understanding, they won’t likely admit it or receive from him or her.

Take, for example, Jesus and the Pharisees. Jesus showed them over and over that he was more advanced than they were in knowledge, understanding and wisdom, not to mention his great anointing (Matthew 4:23  &  John 3:2). His arguments repeatedly stunned proud religionists to silence. He performed incredible miracles again and again (Acts 10:38). Yet they were so stubborn they refused to be open to even the possibility that Jesus was more spiritual than they were, that he was perhaps closer to God, or that he knew things they didn’t.

Nicodemus was the only Pharisee recorded in Scripture who was moved by Jesus’ ministry and open to his instruction. He had to meet Yeshua under the cover of darkness for fear of the backlash of his fellow Pharisees (John 3:1-10). On another occasion Nicodemus openly spoke up for Jesus (John 7:45-52) and the Scriptures give evidence that he ultimately became a believer (John 19:38-42). This is great news for legalists throughout the ages — just because someone’s a religious fuddy duddy functioning within a highly legalistic group doesn’t mean he or she has to stay that way!

The question needs to be asked: Why are legalists so stubborn that they can’t receive from someone like Jesus or even admit that he was anointed of God? Because legalism produces arrogance, which is a superiority complex. It looks down on everyone else except other legalists in their organization who are higher up on the “totem pole.” Anyone who functions outside of their spiritual tunnel vision, like Jesus did, won’t be given the time of day. Why? Because they’ve already studied within their religious circles and think they have everything down. As far as they’re concerned, they already know everything there is to know and you can’t give something to someone who thinks they already have everything,

People like Jesus are a threat to the authority and livelihood of legalists and so must be ignored, discredited or even killed. If the legalists can’t kill them literally they’ll cowardly kill them with words to discredit them by ruining their reputation. It’s what arrogant people do (see this article for details). If the Pharisees and other legalists actually dialogued with Jesus it wasn’t to learn something spiritual and get closer to God, but rather to somehow trap him in his words so they could denounce him to the people as a violator of God’s Word.

If you know elders or leaders in the church who regularly speak ill of legitimate ministers who are doing wonderful things for the kingdom of God, at least as far as their assignment goes, beware! They’re infected by pride & legalism.

Be a Learner, not a Spurner

The infection of arrogance can puff-up people so much that they stop being learners in preference to being spurners — always quick to respond to anything outside of their limited prism with scorn, disdain and contempt. Paul said, “Knowledge puffs up, but love builds up. The man who thinks he knows something does not yet know as he ought to know” (1 Corinthians 8:1-2). Paul was well-familiar with this since he used to be a Pharisee named Saul who thought he knew it all about God and Mosaic law. He also thought Jesus Christ was a false teacher and therefore severely persecuted his followers, that is, until Jesus appeared to him on the road to Damascus and humbled his arrogant behind (Acts 9:1-22). Saul suddenly discovered that he was believing a lie, that his sect wasn’t the one true sect and, in fact, they were actually enemies of God!

Think about Paul’s words in the above passage and what he was saying between the lines: When we truly start knowing as we ought to know we’ll become increasingly aware of our ignorance! True spiritual growth creates a spirit of humility and wonder concerning God and the many mysteries of life whereas religion creates arrogant legalists and rigid sectarians who shut themselves off to greater knowledge and the marvels of the universe. Humility, by contrast, maintains that childlike wonder we need in order to grow spiritually. Reflect upon this passage: “God opposes the proud but gives his grace to the humble.” This is an Old Testament proverb quoted by both James and Peter in the New Testament (Proverbs 3:34, James 4:6 & 1 Peter 5:5). As such, the passage appears three times in the Scriptures. Do ya think God’s trying to tell us something? God’s grace — his favor — only flows to the humble, but he opposes or resists the arrogant. Think about it.

Every genuine believer is excited about the things of God when they first turn to the LORD, but this sense of awe can gradually wane as they settle down into the day-to-day activities of churchianity and everything that goes with it — the expectations, the endless rules (many of them unnecessary, unbiblical and even eye-rolling), the grind, the constant demands on one’s time, etc. Don’t get me wrong here, healthy ministries with godly, loving servant-leaders are always good, but experiences with pompous religious people or ministries infected by legalism will sap the life and faith right out of you, unless you’re very mature and familiar with spiritual warfare tactics that are Scriptural. (“Spiritual warfare”, by the way, simply refers to overcoming evil through spiritual measures, like prayer, blessing, speaking in faith, teaching and valid correction).

The Importance of Being Teachable

Paul asked the Roman Christians an important question: “You, then, who teach others, do you not teach yourself?” (Romans 2:21). This is a rhetorical question and, as such, the answer is obvious: Those who are teachers or want to become teachers must be teachable themselves. Why? Because being teachable goes with humility. Proud people think they know it all and are therefore unteachable whereas humble people — no matter how much they know — realize they couldn’t possibly know it all and, consequently, remain open to learning and, in fact, continually crave more accurate and enlightening information.

It goes without saying that we need to guard ourselves against an unteachable, know-it-all spirit as we grow in the Lord because this is a characteristic of legalists who (1) don’t really know God as they claim they do, and (2) have actually ceased from growing spiritually. You heard that right. Anyone who is infected by stubborn arrogance will actually stop growing. Spiritual rigor mortis will set in. Jesus said: “I tell you the truth, anyone who will not receive the kingdom of God like a little child will never enter it” and “the kingdom of God belongs to such as these [children]” (Mark 10:15 & Matthew 19:14). Jesus wasn’t encouraging childish behavior, of course, but rather childlike humility, innocence, receptivity, faith and lack of self-sufficiency in regard to God and his kingdom. This is meekness. It attracts God’s grace — his favor —  whereas arrogance repels him.

Only a fool refuses to receive from others in their areas of strength. When you need major dental work do you do it yourself or do you go to a reputable dentist? It’s the same thing in the kingdom of God. God has provided gifts for the church to equip us for service (ministry) and increase our faith and knowledge; these “gifts” are people who are anointed as pastors, teachers, prophets, etc. (Ephesians 4:11-13). They include people outside of the group with which you’re familiar, like Jesus was. Every valid ministry has its areas of expertise and weakness. Take the good and leave the bad (1 Thessalonians 5:21).

Please be sure to maintain your child-like wonder before the LORD as you continue in the faith. No matter how far you go in Christ, no matter how great your calling or works, you’ll always be a learner of Christ — a disciple.

Is Christianity a “Relationship with God”?

The Seven Keys to SPIRITUAL GROWTH

DRINK UP from the Fountain of Life (video)