Nonkosher Foods — Are Believers Free to Eat Them? 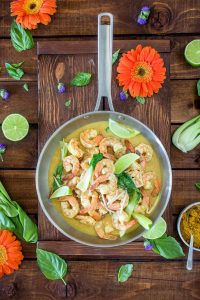 It always surprises me — even shocks me — when I come across believers who staunchly advocate that Christians should obey the Old Testament dietary laws. Why does this shock me? Because it’s so absolutely clear in the Bible that believers are liberated from these laws in the New Testament era, the age of grace. Let’s start with what Jesus himself clearly taught on the issue:

“Are you so dull? Don’t you see that nothing that enters a person from the outside can defile them? 19 For it doesn’t go into their heart but into their stomach, and then out of the body.” (In saying this, Jesus declared all foods clean.)”

Is this backed-up by the rest of the New Testament? Absolutely. Let’s start with Peter’s vision of a sheet of unclean animals let down from heaven and a voice saying, “Get up, Peter. Kill and eat.”

“Surely not, Lord!” Peter replied. “I have never eaten anything impure or unclean.” The voice spoke to him a second time, “Do not call anything impure that God has made clean.”

This happened three times, and immediately the sheet was taken back to heaven.

As you can see, this passage appears twice in the New Testament verbatim and corresponds to what Jesus said above. Why does it appear twice verbatim? Because the LORD is trying to get something across to us and wants to make sure that we get it.

Now legalists will argue that the purpose of the vision had nothing to do with food and everything to do with God granting salvation to those considered unclean by Jews, the Gentiles, as shown in Acts 11:18. Actually, the vision applies to food literally and to the Gentiles figuratively. Why else would the Lord give Peter a vision of unclean animals and proceed to declare them clean three times and then have the account repeated verbatim twice in the book of Acts? If the Lord was only talking about Gentiles being declared clean in Christ then why use the vision of unclean animals at all? Why not just have a sheet of Gentile people appear to Peter to which the Lords says, “Do not call anything impure that God has made clean”? Obviously because the vision applies to both, especially when you consider what Jesus already said about all foods being declared clean (Mark 7:19) and what Paul’s epistles consistently teach about the believer’s dietary intake.

Let’s look at those particular passages:

I am convinced, being fully persuaded in the Lord Jesus, that nothing is unclean in itself. But if anyone regards something as unclean, then for that person it is unclean. 15 If your brother or sister is distressed because of what you eat, you are no longer acting in love. Do not by your eating destroy someone for whom Christ died.

For the kingdom of God is not a matter of eating and drinking, but of righteousness, peace and joy in the Holy Spirit.

Do not destroy the work of God for the sake of food. All food is clean, but it is wrong for a person to eat anything that causes someone else to stumble.

But food does not bring us near to God;we are no worse if we do not eat, and no better if we do.

The Spirit clearly says that in later times some will abandon the faith and follow deceiving spirits and things taught by demons. 2 Such teachings come through hypocritical liars, whose consciences have been seared as with a hot iron. 3 They forbid people to marry and order them to abstain from certain foods, which God created to be received with thanksgiving by those who believe and who know the truth. 4 For everything God created is good, and nothing is to be rejected if it is received with thanksgiving, 5 because it is consecrated by the word of God and prayer.

These passages couldn’t be anymore clear that all foods are declared clean in the New Testament period and that the kingdom of God is not about eating and drinking because, as Paul says, “food does not bring us near to God; we are no worse if we do not eat, and no better if we do.” In other words, whether a believer chooses to have shrimp for supper or some bacon for breakfast doesn’t mean anything in the kingdom of God, as long as we’re not gluttons — that is, make an idol of food — and we do all things in moderation (1 Corinthians 6:12 & 10:23).

Notice how the last passage shows that false teachers will rise up and follow deceiving spirits and one of their false doctrines will be instructing people to “abstain from certain foods, which God created to be received with thanksgiving for those who believe… For everything God created is good, and nothing is to be rejected if it is received with thanksgiving.” If words mean anything at all we have no recourse but to conclude that all foods are declared clean for the believer! Be on your guard against groups who insist on obedience to Old Testament dietary laws and abstaining from certain foods; those from the Hebrew Roots Movement are a good example. You can be sure that such people are following deceiving spirits who want to get believers back under the law where there’s no life. “For the letter kills, but the Spirit gives life” (2 Corinthians 3:6).

The New Testament believer is free of the ceremonial and dietary laws of the old covenant and are only obligated to fulfill the moral law, which they do by walking in the spirit — i.e. “participating in the divine nature” (2 Peter 1:4) — and not by putting themselves under the law. Believers are not under the Law:

But if you are led by the Spirit, you are not under the law.

For sin shall not be your master, because you are not under law, but under grace.

…we have been released from the law so that we serve in the new way of the Spirit, and not in the old way of the written code.

That believers are required to fulfill the moral law but not the ceremonial & dietary laws can be observed by the fact that Old Testament moral laws are cited in the New Testament (e.g. Luke 4:8 & Acts 23:5), but never the ceremonial or dietary laws, including Sabbath-keeping. As a matter of fact, notice what the Word of God blatantly says on the matter:

When you were dead in your sins and in the uncircumcision of your flesh, God made you alive with Christ. He forgave us all our sins, 14 having canceled the charge of our legal indebtedness, which stood against us and condemned us; he has taken it away, nailing it to the cross. 15 And having disarmed the powers and authorities, he made a public spectacle of them, triumphing over them by the cross.

16 Therefore do not let anyone judge you by what you eat or drink, or with regard to a religious festival, a New Moon celebration or a Sabbath day. 17 These are a shadow of the things that were to come; the reality, however, is found in Christ.

Christ came to fulfill the righteous requirements of the Law on our behalf (Matthew 5:17) and, in fact, he is the “culmination of the law” — the “end of the law” – “so that there may be righteousness for everyone who believes” (Romans 10:4). “Everyone who believes” attain righteousness through spiritual rebirth (2 Corinthians 5:21) and learning to live out of his or her spirit with the help of the Holy Spirit. The reason this works is because the believer’s born-again spirit is the “new self,” which is “created to be like God in true righteousness and holiness” (Ephesians 4:22-24). As such, learning to put off the flesh — the sin nature — and put on the new self — our godly nature — is the key to fulfilling the moral law. Those who are led of the Spirit in this manner “are not under the law” (Galatians 5:18).

This material is mandatory for believers to walk in newness of life (Romans 6:4). Master this material and you will walk free of the flesh and legal-ism; you’ll soar in the spirit!

Therefore do not let anyone judge you by what you eat or drink, or with regard to a religious festival, a New Moon celebration or a Sabbath day. 17 These are a shadow of the things that were to come; the reality, however, is found in Christ.

The passage is addressing the dietary and ceremonial laws of the Old Testament: “what you eat or drink” refers to dietary laws and the others refer to ceremonial laws. We are not to allow legalists — like people from the Hebrew Roots Movement — to judge us negatively by these things.  In fact, all of them — dietary laws, the Jewish festivals, the New Moon celebration and the Sabbath day — are a mere shadow of what was to come, meaning Jesus Christ, the Anointed One. “The reality is found in Christ” and if you’re a believer YOU are “in Christ.” Are you following? Everything in the law and prophets from Genesis to Malachi were types and shadows of the true reality, which is Christ and the spiritual rebirth that comes through his seed (sperm) and the power of the Holy Spirit. More than 600 laws were given to the Hebrews in the Old Testament and Jesus fulfilled every one of them; he completed or stopped every one of them, including the Sabbath.

For more details see the article Law (Torah) and the Believer; or, for even more details, pick up a copy of…

Sabbath — What is it? Should Believers Observe It?

Holidays—Which Ones Should Christians Observe or Not Observe?