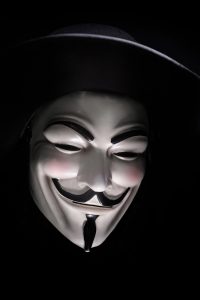 I see too much rivalry in the church today, even in leadership. Of course, this is nothing new, as the apostle Paul had to deal with it in the early church, 2000 years ago (Philippians 1:15). Too many ministers view anyone who’s knowledgeable and gifted with an eye of evil suspicion. They don’t want anyone “stealing their thunder,” so they turn people against those they deem rivals, sometimes even resorting to slander, as unbelievable as that may seem. In fact, they’ll cite the gifts of the Spirit to back up their smear campaigns, e.g. “I discerned by the Spirit that he (or she) is here to provoke disunity and to do the devil’s work.” Of course there are people who cause serious problems and they need to be rebuked and driven out if necessary, but such people are proud mockers and will show clear signs of the flesh (Romans 16:17-18 & Titus 3:9-11). That’s not who I’m referring to here. I’m talking about solid, fruit-bearing Christians who are slandered and chased out of churches because pastors or elders feel threatened by them. Such rivalry is rooted in jealousy, insecurity and selfish ambition (Philippians 1:15-17). They’re weak “leaders,” pure and simple.

There’s a good example of this in the Bible: The apostle John cited a leader of one of the churches he oversaw – Diotrephes (dye-OT-rah-feez) – who refused to welcome John and other godly ministers in the church and even ran a smear campaign against them (!); those in the congregation who objected to Diotrephes’ fleshly tactics were swiftly excommunicated by the man (3 John 9-10)! This indicates that Diotrephes was likely the head pastor. After all, who else but the pastor would have the authority to prevent leaders of John’s stature from coming and ministering? Who else but the pastor has the power to excommunicate?

John readily understood Diotrephes’ root problem – he loved to be first (verse 9). In other words, Diotrephes was an arrogant control-freak who wasn’t interested in serving others, but rather desired others to serve him. Such an attitude is, of course, in direct opposition to Jesus & Paul’s teaching and example of servant-leadership (Matthew 23:1-11, 2 Corinthians 10:8, 13:10 & 1 Peter 5:2-3). John may have been renowned for his loving spirit, but he wasn’t about to overlook such heinous abuses in the name of peace and niceness; no, he was fully intent on exposing and correcting the man (verse 10). In fact, John’s third epistle was/is a public judgment and exposal of Diotrephes’ error to every person who has read it ever since! This includes you, right now.

Sad to say, there are ungodly “ministers” in the church today just like Diotrephes. Mature Christians need to boldly rise up and call attention to the abuses of these selfish control-freaks whenever such abuses occur, like John did, even at the threat of excommunication or losing one’s ministry gig. After all, evil thrives when good people do nothing! (Speaking of which, there’s nothing more pathetic than weak ‘yes men’ or ‘yes women’ who condone corruption in the name of meekness or due to idolization of a relationship or position).

Strong leaders, by contrast, are able to utilize strong people and properly integrate them in their work. Take the example of David, “a man after God’s own heart.” The Bible goes into quite a bit of detail about David’s “mighty men,” which were some 53 men who helped David become king of Israel (2 Samuel 23:8-39 & 1 Chronicles 11:10-47). They formed David’s inner circle of leadership. These powerful men were more skilled than David in their areas of expertise (!). Yet David knew his calling and strengths, and was therefore secure and unthreatened. He also knew his limitations. He realized he wasn’t going to make it alone because no one makes it alone – no one. All great men and women embrace the help and skills of others. Consequently, David enlisted a formidable group to assist him in fulfilling God’s assignment. In short, David didn’t automatically view gifted people with an eye of evil suspicion and chase them away. No, he wisely recognized their uniqueness & greatness and released them to operate in their strengths on his team. Thus David became the greatest king of Israel. Oh, that there were more leaders like David in the church today!

Needless to say, Go where you’re celebrated and encouraged to walk in your strengths and not where you’re tolerated, ignored, suppressed or slandered.