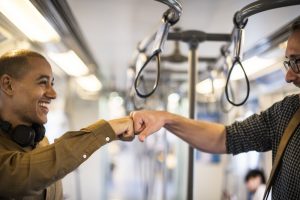 Notice what Jesus taught on the topic of Christian leadership:

“they [Pharisees and teachers of the law] love to be greeted with respect in the marketplaces and to be called ‘Rabbi’ by others.

Sitting down, Jesus called the Twelve and said, “Anyone who wants to be first must be the very last, and the servant of all.”

Jesus emphasized that believers “are all brothers (and sisters)” and that the person who wants to be first must become last. Although such instructions don’t mean Christian leaders should be spineless doormats it certainly conveys a humble and equalitarian attitude amongst the brethren and sistren that should increase as we advance in the faith (and, yes, “sistren” is an actual word).

With this in mind, I’d like to make a few observations about spiritual mentors and protégés. Paul and Timothy are a good example of a mentor/mentee relationship in the New Testament. In such relationships should the protégé concede to the perspective of the mentor even if the mentor is wrong? What is the basis for spiritual truth in the body of Christ? God’s Word. If the mentee clearly discerns that the mentor is in error should the mentee speak up, particularly if the mentor is trying to “prove” his/her point on mere bluster rather than thorough scriptural evidence? Of course the protégé should speak up, keeping in view that there’s a right way and a wrong way to disagree with someone who’s over you in the Lord or, at least, older than you. Out of respect for the mentor you’ll want to leave room for him or her to keep their dignity because, after all, they are the mentor.

However, what if the mentor refuses to receive the correction simply because he or she is the mentor? If this happens it’s an indication of the infection of arrogance—a superiority complex—which isn’t a good sign. In such occasions you have no choice but to make a stand with the truth and let the chips fall where they may. If the mentor severs ties with you then shame on him or her.

Sometimes the lines between mentor and mentee are blurred for various reasons. Say, for instance, you read a book, article or blog by a certain minister and proceed to learn many things from him or her, which means that the minister automatically becomes your mentor since you are learning from him/her (keeping in mind that protégé means “pupil”). Does this make the minister the ultimate authority on every spiritual topic? Does it mean that you can’t legitimately disagree with him or her if it’s clear he/she is wrong in one area or another? Of course not. Jesus Christ is the “Chief Shepherd” and fivefold ministers are simply under shepherds (1 Peter 5:1-4).

Bear in mind that spiritually mature mentors won’t be threatened by the questions of a mentee. And disagreements won’t aggravate them as long as they can be scripturally proven. In fact, true mentors want their pupils to exceed them and therefore they welcome questions and contentions as the mentee grows. Mentors who get irate when mentees merely question them or disagree based on the Scriptures show that they’re not spiritually mature, meaning they’re not STAGE FOUR (if you’re not familiar with the Four Stages of Spiritual Growth see this article).

For anyone who would argue that a protégé couldn’t possibly reach a point where he/she knows more than the mentor in one area or another, this is frankly silly and unrealistic. After all, David proclaimed he had greater insights and understanding than his teachers and elders (Psalm 119:99-100). Why do you think God recorded this in His Word? Because this will happen whenever a person has the same heart of David, meaning “a man (or woman) after God’s own heart.”

Needless to say, mentors who resort to bluster, intimidation or insults in scriptural discussions disqualify themselves as mentors and show that they’re not worthy of your respect (unless they humbly repent, of course). They’re spiritually immature and infected by arrogance. Leave them (Matthew 15:14).

Lastly, there’s only one flawless teacher during the Church Age and that’s the Holy Spirit (John 16:7-13). Men and women of God—no matter how knowledgeable, gifted and spiritually mature—are human beings and therefore imperfect. They’re not infallible or perfect in knowledge and therefore don’t know it all. They have weaknesses and will inevitably let you down. That’s why you’ll naturally move away from dependency on human mentors as you advance in the Lord. You’ll instead lean more and more on the Holy Spirit; and the Holy Spirit is God. Believers who are dependent upon human mentors are not spiritually mature. They’re in STAGE TWO or, at best, STAGE THREE. Please notice I said “dependent upon human mentors,” which is different than receiving from them. Those in STAGE FOUR are humble and wise enough to always seek out and receive from other people in their area of expertise and wisdom—in fact, they’re enthusiastic about it because they’re learners who are constantly learning. So receiving from people’s area of strength is always good, but this is different than being perpetually dependent on them, which isn’t good.

For more on the importance of cultivating the attitude of a learner — i.e. a disciple — go here. 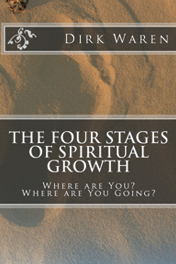 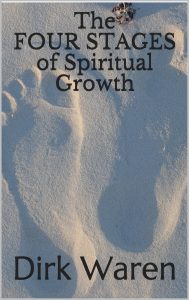 For important details on the tools necessary for effective spiritual growth you can purchase a low-priced copy of The Four Stages of Spiritual Growth here (260 pages, $9.95); or get the Kindle eBook for just $2.99!