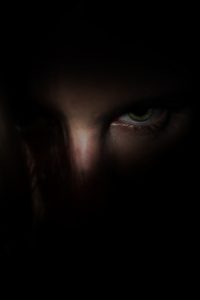 The spirit of condemnation is when a minister regularly tears down and beats up a congregation, which is an abuse of the pulpit. Such ministers tend to motivate others based on shame. For example: “You’re not reading the Word of God like you should! And you call yourself a Christian?” The root of this type of wicked spirit is arrogance, which is a superiority complex. When these types of ministers tear down others they automatically elevate themselves. Its fleshly pride and it’s truly sad when ministers fall into such a religionist rut. Sometimes they never get out and, if they do, it’s likely due to intense intercession and because someone dared to walk in tough love with them.

The spirit of condo is at odds with the true ministerial spirit, which Paul summed up when he spoke of the authority ministers have for building believers up and not tearing them down (2 Corinthians 10:8 & 13:10). He also stressed this in Ephesians 4:11-12 where he detailed the purpose of all fivefold ministers: “to prepare God’s people for works of service, so that the body of Christ may be built up“.

You don’t have to be a spiritual Einstein to recognize a spirit of condemnation. Years ago my sister was looking for a church in Southern California and ended up visiting one for a few Sundays, but she decided not to stay. Why? Because after all three services she left feeling beat up and condemned rather than inspired and encouraged. Needless to say, only a glutton for punishment would stay in such a church! This isn’t to suggest, of course, that there’s no place for denouncing sins and encouraging repentance in church services. Skilled ministers who are led of the Spirit will bring about a spirit of repentance through the ministry of the Word, but will also remove the burden of guilt, instill the Lord’s peace and motivate individuals onward. In other words, even though they denounce sin and spur repentance their ministry is encouraging and inspiring. This is the minister’s job.

A good example of this can be seen in Jesus after his resurrection. Jesus appeared to two of the disciples who were understandably discouraged because of his unjust crucifixion. The Messiah met up with them as they were walking along the road and they talked for a bit, but they were somehow prevented from recognizing him. After Jesus departed, the two disciples reflected on the encounter: “Were not our hearts burning within us while he talked with us on the road and opened the Scriptures to us?” (Luke 24:32).

This is the effect Christ-like ministers should have on believers. You know you’re at a healthy church when you leave a service with your heart burning with inspiration and you see things in God’s Word you never saw before.

Luke 24 goes on to show us what Jesus did weeks later when he ascended: “he lifted up his hands and blessed them. While he was blessing them, he left them and was taken up into heaven” (verses 50-51). Even as Jesus was leaving this earth to go to the Father he was blessing people — it was the last thing he did before going to the Father! This is how Christ-like ministers should be — constantly blessing people and building them up, not condemning them and tearing down.

Since the spirit of condemnation is rooted in arrogance (tearing others down to build oneself up); it’s also a spirit of authoritarianism. This is when a “minister” leads by trying to lord it over people, which is plainly condemned in Scripture:

To the elders among you: (2) Be shepherds of God*s flock that is under your care, serving as overseers — not because you must, but because you are willing, as God wants you to be; not greedy for money, but eager to serve; (3) not lording it over those entrusted to you, but being examples to the flock

Authoritarianism is demagoguery where the Christian leader tries to dominate others through intimidation and manipulation. But this is an oxymoron since ‘minister’ literally means “servant” and reveals how Christian ministers are to minister — with a servant’s heart. This isn’t to say, of course, that ministers have to be perpetually sugary sweet as there’s a time and place for Spirit-led rebuke, like when Paul openly corrected Peter for his legalism (Galatians 2:11-14) or when Jesus boldly cleared the temple of fools (Mark 11:15-18).

Verses 1-2 of the above passage show that Paul was specifically addressing “elders,” mature believers, who were called to serve as “shepherds,” that is, pastors. He goes on to say that they should be eager to “serve,” meaning minister. This is important because pastors who regularly tear down their subordinates are essentially grumps who have lost the joyful eagerness of serving as shepherds of God’s flock. In such cases, pastoring has become more of a job than a joy. This can always be seen on their faces; instead of the joy of serving there’s the scowl of forced labor.