Forgiveness—Should You Forgive EVERYONE for EVERYTHING ALL of the Time? 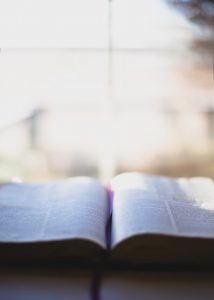 There is gross error on the topic of forgiveness in the body of Christ, but it’s baffling because the truth about forgiveness is clearly taught in the Bible. What kind of “gross error”? The fallacy that Christians are obligated to forgive everyone for everything all of the time, no conditions whatsoever. This notion is completely unbiblical and is a widespread myth. Religionists may teach it, but the Bible does not.

To ‘forgive’ means to dismiss the offense in question, to the point of treating the guilty party as if he or she were innocent. This is the type of forgiveness God offers us when we repent, as shown here:

If we claim to be without sin, we deceive ourselves and the truth is not in us. 9 If we confess our sins, he is faithful and just and will forgive us our sins and purify us from all unrighteousness.

Notice that there are terms for receiving God’s forgiveness—we have to be willing to ’fess up. This means to humbly admit our mistake with the obvious resolve to not to do it again. This is repentance—making a 180 degree turnaround. God only forgives the repentant. This is a biblical axiom.

We see in the Scriptures that God’s children—i.e. believers—are called to imitate Him, as shown here:

Be imitators of God, therefore, as beloved children,

We’re instructed to imitate God and this includes dealing with people who offend us, particularly offending believers. Does the LORD forgive everyone for everything all the time, no conditions? Of course not. Neither should we. If we do then we’re not imitating God.

This is in harmony with Jesus’ instructions for dealing with an offending believer:

As you can see, Christ plainly taught that a fellow believer should be forgiven when they repent. Jesus also specified this condition here:

“If your brother or sister sins, go and point out their fault, just between the two of you. If they listen to you, you have won them over. 16 But if they will not listen, take one or two others along, so that ‘every matter may be established by the testimony of two or three witnesses.’ 17 If they still refuse to listen, tell it to the church; and if they refuse to listen even to the church, treat them as you would a pagan or a tax collector.”

When a fellow believer sins against us we’re not to gossip about it to other believers, but rather go to the offending person in private and share with them what they did to offend us. As far as is possible, we should do this with a humble, compassionate spirit (sometimes it’s not possible because the offense in question is so offensive). If the offender refuses to repent then we are to get one or two mature believers as witnesses and confront the person again. If he or she is still not repentant then we’re to tell it to the church in general so that the person is socially pressured to ’fess up and make a turnaround. If the offender is still stubborn and unrepentant then we’re to regard him/her as a pagan or tax-collector. A pagan is an unbeliever, which means you stop treating the person as if they were a brother or sister in the Lord because his/her actions are proving otherwise.

As far as treating an unrepentant offender as a tax-collector goes, tax collectors (or publicans) were viewed with disdain because they served the Roman government and customarily collected more than required to indulge their greed. They were placed in the same category as prostitutes (Matthew 21:32).

Please notice that Jesus Christ himself said that, if an offending brother or sister remains stubborn and unrepentant after being legitimately confronted, we are NOT to dismiss the charge—that is, forgive the person—but rather excommunicate him/her from the fellowship. If the offender doesn’t go to your assembly, which is often the case in our modern era, then you excommunicate him/her from your personal fellowship; meaning you cut relational ties. The offense in question is only to be dismissed—forgiven—if the offender REPENTS. Only then should he or she be forgiven and welcomed back into the church or personal fellowship.

The apostle Paul also taught this when there was an unrepentant fornicator in the Corinthian church; he instructed the believers in no uncertain terms to EXPEL HIM from the assembly (1 Corinthians 5:1-5,12-13). Thankfully, the guy later repented and Paul encouraged the Corinthians to forgive him and warmly welcome him back into the fellowship (2 Corinthians 2:6-11).

Please notice that the Corinthians only forgave this man when he was willing to humbly repent. Unfortunately, most Christian ministers and sects ignore these crystal-clear passages. They teach that believers are obligated to forgive everyone for everything all the time, no conditions whatsoever, when the New Testament plainly teaches differently. This idea—that we are to constantly offer immediate and universal forgiveness, no conditions—is dangerous to believer’s spiritual health and can even cause people to reject Christianity altogether because this teaching is so absurd and totally misrepresents Christianity.

Ministers who teach that believers are obligated to forgive everyone for everything all the time usually focus on these two statements by Jesus:

“And when you stand praying, if you hold anything against anyone, forgive him, so that your Father in heaven may forgive you your sins.”

From there they typically go on some rant about how Christians are obligated to forgive everyone for everything all of the time; and anyone who fails to do so is spiritually weak, carnal, rebellious, or damned. Consequently, because of these two brief texts and the fervent preaching of the minister, believers are misled on the subject and put into bondage. What kind of bondage exactly? This kind: It doesn’t matter what anyone does to you or your loved ones, you must forgive them, and forgive them completely, no conditions whatsoever. In fact, you must forgive them immediately, or at least as soon as possible. They can slander, steal, rape, maim, beat up, molest, torture or kill, but you are mandated to automatically forgive—dismiss all charges—no questions asked. This, after all, is the Christian way. Or so they say.

Actually, it’s not the Christian way; it’s universal forgiveness and wholly unbiblical, as shown above. Christ and Paul both taught that offending believers are to be held accountable for their offensive actions and confronted. If they repent, that’s awesome, but if they don’t repent we’re not to dismiss the offense, but rather hold it against them until they are willing to humbly repent. This holds believers accountable to their negative behavior and inspires repentance, i.e. positive change.

I’m not saying that these two quotes from Jesus—Matthew 6:14-15 and Mark 11:25—are false and shouldn’t be taught. They’re great passages with great truths — we must be willing to forgive on all occasions where we’re obligated to forgive, like when an offending believer readily repents (e.g. Luke 17:3-4 & 2 Corinthians 2:6-11). These two passages must be taught in a balanced manner, taking into consideration the numerous other clear texts on the subject, like the ones above. This is an interpretational law for properly handling the Word of God. When we fail to “rightly divide” the Scriptures by considering all relevant passages we inevitably fall into error; and error doesn’t set free. It can’t. It won’t. Only the truth sets free.

This gross error on forgiveness can be attributed, in part, to people confusing forgiveness with venting or “casting cares.” The Bible does encourage us to cast our anxieties and burdens on the LORD so He can sustain us (Psalm 55:22 & 1 Peter 5:7). Venting in this sense should be done across the board, including situations where we are severely offended and the offender is unrepentant. Casting such burdens on the Lord keeps us free of bitterness and hatred. But venting is not forgiving. As noted earlier, ‘Forgive’ literally means to “cancel the debt” or “dismiss the offense” and the Bible gives us precise instructions on when to do this and when not to do it. To forgive someone of a severe offense prematurely is pure folly. However, we are instructed to cast (vent) all our cares unto the LORD, which includes the hurt, violation and frustration we experience due to various offenses. When we do this, the LORD bears our burdens and we free ourselves from bitterness or hatred taking root.

Praying for someone who has offended you goes hand-and-hand with venting. Jesus said that we are to pray for those who persecute us (Matthew 5:44 & Luke 6:28). This includes praying for fellow believers who mistreat you in one form or another, directly or indirectly. Yes, Christ and Paul taught that we’re to confront fellow Christians when they sin against us, but we should certainly bathe the offender & the situation in prayer before we confront them, which can pave the way for a profitable confrontation wherein the offender is more inclined to humbly repent.

Why pray for those who come against you? Obviously because—if they’re attacking you without cause—they desperately need prayer. How do you pray for them? Pray that the Holy Spirit show them their offense or sin and open their eyes, so to speak. Pray for them to have a teachable, compliable heart that responds in obedience to the Word of God. Pray that the LORD humble them one way or another because God will not bless them—show them His grace, His favor—if they’re proud and stubborn. As the Bible plainly says: “God opposes the proud but shows his favor to the humble” (James 4:6, 1 Peter 5:5 & Proverbs 3:34). When you pray like this you’re not cursing them, but rather blessing them because the LORD opposes—resists—the arrogant and only gives His graciousness to the humble.

Did Jesus Forgive His Murderers on the Cross or was He Simply Praying for Them?

Those who advocate the false doctrine that believers are obligated to forgiven everyone for everything all the time, no conditions, argue that Jesus forgave his murderers on the cross when he said “Father, forgive them for they do not know what they do” (Luke 23:34). But Christ wasn’t forgiving anyone on this occasion. Read the text closely: He was praying to the Father for HIM to forgive his murderers, which means he was praying for his murderers to come to repentance because THIS IS THE ONLY WAY GOD FORGIVES SIN (Acts 20:21). God doesn’t forgive the arrogant unrepentant; He only forgives the humbly repentant. It’s an axiom. So what Jesus was doing on the cross was precisely what he instructed believers to do when we are mistreated for his name: Pray for our persecutors!

What about Dealing with Offending Unbelievers and Severe Criminal Acts?

We are still left with some important questions, like how do we deal with offending non-believers? Obviously we should pray for them, as shown above, but should we confront them, like we do when fellow believers sin against us?

And what about severe criminal acts; like sexual molestation, robbery or murder? How should we deal with these types of heinous offenses? And when should we forgive?

These questions, and many more, are addressed in detail in my book The Believer’s Guide to FORGIVENESS & WARFARE, which is available here (both print and eBook versions are available).

For a limited time we’re offering this book FREE to anyone who requests one. Just contact us and send your address (those outside the USA must send approximate shipping).

For important details on this topic, see the supplemental article Joseph’s Story—Insights on Offense & Forgiveness